Resurrection of a Console

What signi!icant piece of audio equipment is common to “Hey, Jude,” several tracks off the White Album and a slew of career-de!ining LPs from the likes of David Bowie, Queen, Elton John, The Doors, Deep Purple, Genesis, The Rolling Stones and Nick Drake?

While you think about that, let me tell you a story.

In late 1964, Geoff Frost and John Wood, two staff engineers working at Levy’s Sound Studio in London, decided to quit and open their own recording studio after the giant U.S. label CBS acquired the company. Both still in their 20s, they scraped together what money they could, found a space in a former 19th-century dairy near King’s Road in Chelsea and got to work. Having only a limited budget, they spent wisely, buying various high-end mics and outboard processors, but electing to build much of the rest, including the electronics for the Ampex tape decks they had acquired and a mixing console of their own design. That console, which they named the A Range, is what ties together those tracks by The Beatles and albums such as Hunky Dory, Sheer Heart Attack, Madman Across the Water, Morrison Hotel, Fireball, Nursery Cryme and so many others, which were all tracked or
mixed, or both, through the desk. Of course, you say, the Trident A Range. Well, no, not that A Range. READ MORE HERE 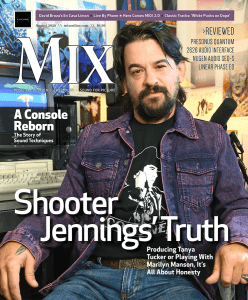